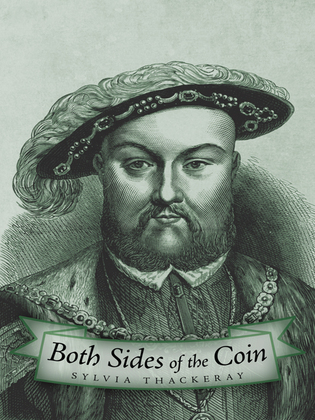 Both Sides of the Coin

People like myself who are interested in history, will I hope enjoy my thought, regarding Henry and his children. Having written this collection of short stories, I found myself fortunate enough to feel what I was writing, in my minds eye I was able to see the children with the pleasure their privaleged life gave them. Also the inability to have a say in their lives i.e. Edward loved Elizabeth and thought she would make an excellent Queen (which she eventually did) she had breeding and was extremely intelligent, already speaking three languages fluently, and in those days marriage between royal relatives was common.

I think Henry would have taken any time he could to enable him to spend time with his children, of whom he was so proud, especially Edward who was his heir, and the same could be said of his children. Time with their father must have been very precious to them, perhaps not so with Mary who bore him many grievances i.e. his cruel treatment of her mother and their many arguments over his changing the countrys religion to suit his purposes, i.e. his marriage to Anne Bolyn. Elizabeth also would never forgive him for the early death of her mother depriving her of a mothers love, but she loved her father dearly and was not adverse to a cuddle.

Being able to into their lives as I wrote gave me great pleasure and it felt that I was on the outside looking in. I feel that Mary would not have joined in their games she would have considered it beneath her, on the other hand Elizabeth I should imagine would have been game for anything. Very mischevious and full of fun as was her father before the death of his brother put a stop to that. Edward must have found it difficult to accept the restraints placed upon him and envied Elizabeth her comparative freedom, but he was easily led astray by his younger sister and life was good.