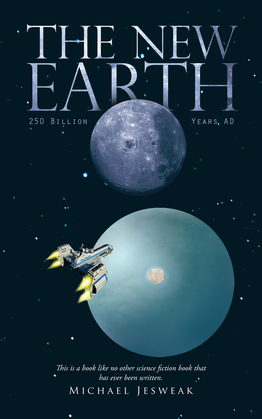 This is an exciting science fiction adventure that starts out with six children and the boys father (Doc. Is what we call him), that works for NASA. Over many years while the fathers three boys and the three girlfriends children were growing up he talked about the end of the earth in 2012 and we were made to watch Star Trek and Star Wars and told us that his ship would have the technology of both adventures we watched. Doc built a starship on our farm that was fifteen storys and tall and with an advanced computer system could create whatever the Doc wanted. The starship and the six children took off in 2012 as the world ends by being sucked into the sun with all the other planet, we heard all the screams of all the people of the world as it died from all the people that didn't believe the Earth wouldn't be destroyed the way Doc told them; The Doc tried to save as many as he could, but no one would believe him. Later after we watched The world being destroyed the children were put to sleep for the long journey until the starships computer could find a world that we could survive on, the children were awakened 250 billion years A.D. And landed on a planet with portals that led to twenty one different worlds with different star systems and lots of wars going on that the children get involved in to help out the friendly aliens. There were no humans on this planet except the children in the book. You will have to read this exciting book to see all the adventures that happen. This book is like a movie in each world. I hope you enjoy this book as I did writing it, and stay ready for more adventures to come soon.