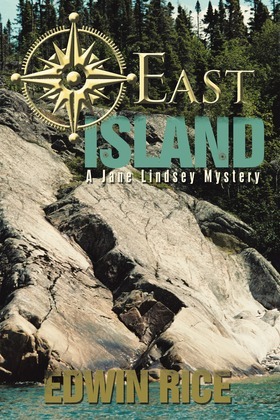 Through her uncanny powers of observation, Jane Lindsey has just revealed the killer in a complicated case. Even though the investigation has officially concluded, Jane cannot let go of an uneasy feeling that something is wrong. Every week, she paddles across the bay that surrounds East Island and looks for anything suspicious. After Jane stumbles upon a strange metal object partially hidden under algae, she looks up only to see a man pointing a gun at her.

As she frantically paddles away, Jane is puzzled why the man did not kill her when he had the opportunity. An evil aura is surrounding East Island, and Jane is determined to get to the bottom of it. She phones investigative reporter Steve Conway for his insight and learns a young woman has disappeared. As Jane digs into the questionable background of East Islands owner, another woman vanishes; Jane is once again hot on the trail of a psychopathic killer.

In a whirlwind investigation that takes Jane from East Island to Minnesota, she must rely on her fathers advice and her own intuition to guide her investigation to find a murderer with an insatiable thirst for the blood of womenincluding her own.