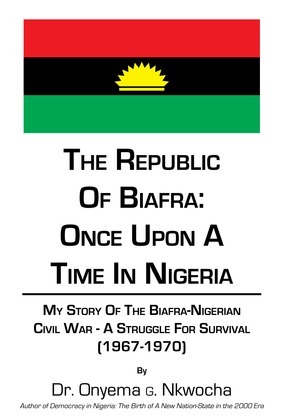 The Republic of Biafra: Once Upon a Time in Nigeria

Not quite four months after the Western Region's election of October 10, 1965, did the localized mayhem in that Region find its way furiously into the center of the nation on January 15, 1966! It was like a whirl-wind of nothing but anarchy and lawlessness. The serious aftermath of the marred and rigged election was that it acted as the last straw that broke the Carmel's back, providing immediate reason for the army to overthrow the government of Dr. Nnamdi Azikiwe. Anarchy ensued; a counter coup led to the death of Major-General Ironsi. Callous barbarous massacre of thousands of easterners in the North followed. With their lives in jeopardy, easterners fled for safety to eastern region; refugee crisis followed. To guarantee their safety, easterners seceded from Nigeria and on May 30th 1967, formed an independent and sovereign nation of the Republic of Biafra.

Determined to bring Easterners back, on July 6, 1967 Nigeria invaded Biafra; waged a gruesome thirty-month-civil war against Biafra. Nigeria blockaded Biafra on land, sea and air, to prevent food from entering Biafra. A malnutrition disease, Kwashiorkor that caused the deaths of thousands of Biafrans, followed. Nigeria bombed Biafran civilians, killing thousands. On January 12, 1970 the war ended leaving more than three million people dead in a war that was totally avoidable!