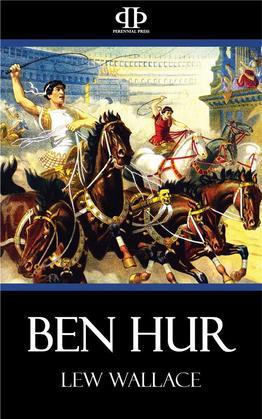 The Jebel es Zubleh is a mountain fifty miles and more in length, and so narrow that its tracery on the map gives it a likeness to a caterpillar crawling from the south to the north. Standing on its red-and-white cliffs, and looking off under the path of the rising sun, one sees only the Desert of Arabia, where the east winds, so hateful to vinegrowers of Jericho, have kept their playgrounds since the beginning. Its feet are well covered by sands tossed from the Euphrates, there to lie, for the mountain is a wall to the pasture-lands of Moab and Ammon on the west--lands which else had been of the desert a part.

The Arab has impressed his language upon everything south and east of Judea, so, in his tongue, the old Jebel is the parent of numberless wadies which, intersecting the Roman road--now a dim suggestion of what once it was, a dusty path for Syrian pilgrims to and from Mecca--run their furrows, deepening as they go, to pass the torrents of the rainy season into the Jordan, or their last receptacle, the Dead Sea. Out of one of these wadies--or, more particularly, out of that one which rises at the extreme end of the Jebel, and, extending east of north, becomes at length the bed of the Jabbok River--a traveller passed, going to the table-lands of the desert. To this person the attention of the reader is first besought.

Judged by his appearance, he was quite forty-five years old. His beard, once of the deepest black, flowing broadly over his breast, was streaked with white. His face was brown as a parched coffee-berry, and so hidden by a red kufiyeh (as the kerchief of the head is at this day called by the children of the desert) as to be but in part visible. Now and then he raised his eyes, and they were large and dark. He was clad in the flowing garments so universal in the East; but their style may not be described more particularly, for he sat under a miniature tent, and rode a great white dromedary...