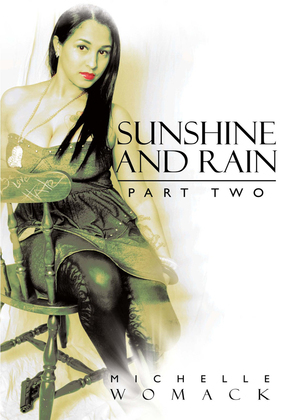 In this short story series Sunshine and Rain II the character Sunshine keeps making the same mistakes over and over again. After a divorce and having four children by three different men she continues to struggle with monogamy and self control. Her lack of trust for men is only causing her situation as a single mother to become worse. As she copes with her dysfunctional life and sick parents she is face to face with her past when an ex lover is released from prison on an appeal and locates her on the social network Facebook. She has to make a decision to do the right thing and ignore his attempts to reach her, or go back to him. Her current relationship is failing due to the fact that she repeatedly brings up her boyfriend's past mistakes preventing their relationship to prevail. He is on the verge of leaving her permanently if she doesnt get professional help for her issues. Sunshine experiences the highest of highs and the lowest of lows as she also has to provide for her drug addicted biological mother. She lost it all got it back and lost it all again but Sunshines tremendous faith in God allows her to survive the storm and cross that bridge to the end of the rainbow.