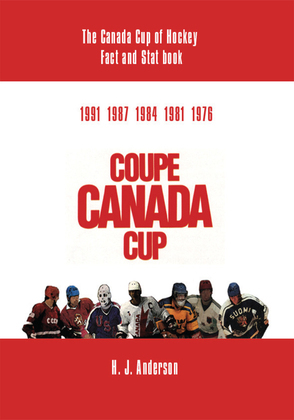 The Canada Cup of Hockey Fact and Stat Book

Everything you wanted to know about the Canada Cup, the predecessor of the World Cup of Hockey. The Canada Cup saw the birth of international hockey involving NHL players. Following the Summit Series in 1972 and 1974, the world would finally see the nations of Canada, Czechoslovakia, Finland, the Soviet Union, Sweden, the United States and West Germany compete with all their best players for the first time. The Canada Cup gave us some of the greatest games and never-to-be-forgotten moments in hockey history.

For more information, please visit the author's website at: www.canadacupofhockey.com