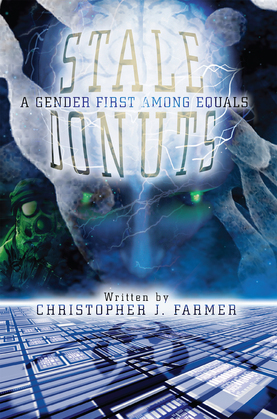 Democrahive is the government of the future, a transnational government that emerges from the fires of the Fifth World War. Under the leadership of 'the board', the citizens of Democrahive all have jobs, even if many do the jobs of one. Nearly all major diseases like cancer have been cured and the technological progress of humankind has never been stronger. However, there are prices to be paid by the citizen in this new political system, especially for men. Doctor Simon Willdash is one such Democrahive citizen, a microbiologist with the Secular-Washington Department of Agriculture. When a radical animal rights terrorist group unexpectedly unleashes a recombinant virus upon the world, Doctor Simon Willdash is called in by the board to save Democrahive.

Now all Simon has to do is convince himself the system is worth saving.