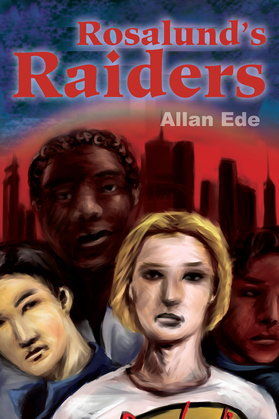 Wesley Hanson, an uninspired senior at Renton High School in Riverview, is attacked and badly beaten by a boy named B.J. and his Manglers, a notorious gang from the city's Southside. A friend of Wesley's tells him about Arthur Rosalund, an extremely rich man, who dreams of using his money and power to rid the world of gang violence. His gang, Rosalund's Raiders, will infiltrate other gangs and convince them that teaming up with his Raiders will assure them of a worthwhile future, filled with benefits, such as money, scholarships, and security.

Wesley overcomes his fear of failing, and, after training vigorously in the martial arts, becomes a full-fledged Raider. His first mission is to contact Rufus Brown, the powerful head of the Rounders, and to convince him to bring fifty other gang leaders to Rosalund.

While mixing with the Rounders, Wesley falls in love with Lisa, one of their members. She accompanies Wesley to a meeting of the warlords at Eagle Point Park. The gathering is interrupted by B.J. and his Manglers who are heavily armed and spoiling for blood. The police invade and, after a brutal confrontation, haul most of the gang members, including Wesley, to jail.

Will Rosalund's dreams be thwarted? Will Wesley's love for Lisa jeopardize his commitment to Rosalund as one of his Raiders?