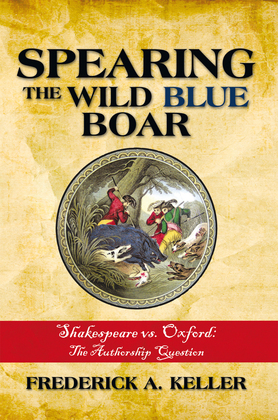 Is William Shakespeare of Stratford-Upon-Avon the true author of the poems and plays attributed to him? This book once and for all silences those critics who say he isn't. It takes particular aim at those who champion Edward de Vere, the 17th Earl of Oxford, whose crest was a wild blue boar.
Who are these heretics who would strip Shakespeare of his laurels and drape them on a "nobler" brow? Foremost are John Thomas Looney, the Charlton Ogburn family and the latter-day anti-Stratfordians Richard Whalen, John Michell, David McCullough, Lewis H. Lapham, Mark Anderson and others.
Using their own words against them, this book meticulously examines the claims of these Naysayers and destroys them.
In addition, you'll learn about Shakespeare's early decline and fall as a literary giant; why so little is known of Shakespeare's life; and why his closest colleagues, Ben Jonson and the Shakespeare Folio editors, Heminges and Condell, have been branded fools or liars.
Whether you are a teacher, student or simply someone interested in one of the foremost literary questions of the day, it's important to read Spearing the Wild Blue Boar.