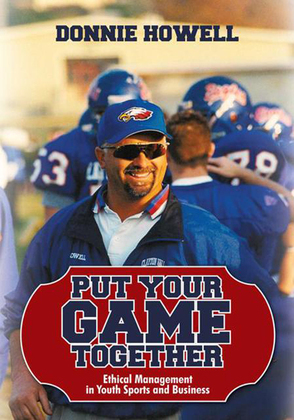 Put Your Game Together

Donnie Howell was the kid who was raised on food stamps with little parental guidance. He discovered at a young age his needs would only be met through hard work and a game called football. In Put Your Game Together, Donnie puts together his story of childhood struggles and the lessons he learned along the way to illustrate how to achieve success in a fair and ethical way.

Donnie Howell discovered that his success in business came from treating people fairly and responsibly. He applies these principles to coaching young people in football and adds another ingredientparents. Most coaches of youth football want to keep parents on the outside looking in, but not Donnie, he gets the parents involved. Whatever the taskmanaging a business or coaching kidshe believes that a leader who practices ethical behavior and builds a program fair to all will be successful.