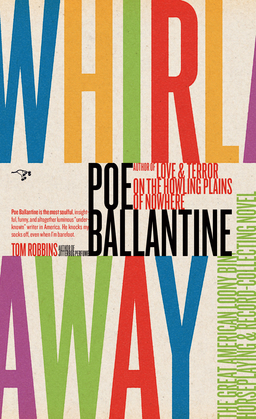 Since the publication of Love and Terror on the Howling Plains of Nowhere, with an introduction by Cheryl Strayed, legions of Poe Ballantine fans have been waiting for his new book.


Poe Ballantine is touted as the most "under known" writer by Tom Robbins and many other writers and reviewers such as Cheryl Strayed, Seth Marko, MINNEAPOLIS STAR TRIBUNE, UVU REVIEW, Marion Winik on NPR.

Poe Ballantine is a frequent contributor to The Sun Magazine