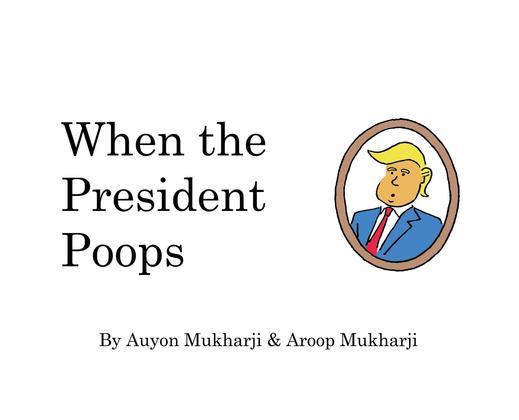 When The President Poops

In 2016, comedian Zach Galifianakis reminded Hillary Clinton that for kids of a certain age, she could become not only "their first girl president," but "also their first white president." A corollary of that joke — that although adults might view a newly-elected president as one in a line of many, that same politician will define the office to an entire generation of young Americans — stuck with us.

Trump's arrival in the White House has heralded a new era in this respect. He, and all the vitriol surrounding him, have served as an unprecedented introduction to the highest levels of US governance for youth the world over. How do we reconcile such a man with the venerated and rich history of the American presidency? How do we explain him to a child?

We started with a book about pooping.

"When the President Poops" describes some of the moments a president might need to use the restroom: during important meetings, while in a helicopter, while answering questions from the press, etc. The book serves as both a humanizing portrait of the presidency and also a cheeky criticism of Trump's approach to governance, all without reverting to the poles of exaltation or demonization that sometimes seem to be the only two perspectives on the man.

The illustrations were inspired by classic comics like Tintin and Calvin & Hobbes. The subject matter was inspired by a rather involved morning routine that one of the authors undertakes daily.