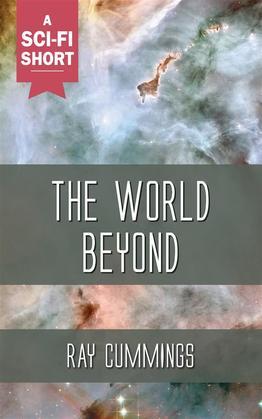 The old woman was dying. There could be no doubt of it now. Surely she would not last through the night. In the dim quiet bedroom he sat watching her, his young face grim and awed. Pathetic business, this ending of earthly life, this passing on. In the silence, from the living room downstairs the gay laughter of the young people at the birthday party came floating up. His birthday—Lee Anthony, twenty-one years old today. He had thought he would feel very different, becoming—legally—a man. But the only difference now, was that old Anna Green who had been always so good to him, who had taken care of him almost all his life, now was dying.

Terrible business. But old age is queer. Anna knew what was happening. The doctor, who had given Lee the medicines and said he would be back in the morning, hadn't fooled her. And she had only smiled.

Lee tensed as he saw that she was smiling now; and she opened her eyes. His hand went to herswhere it lay, so white, blue-veined on the white bedspread.

"Oh, yes. I'm all right." Her faint voice, gently tired, mingled with the sounds from the party downstairs. She heard the laughter. "You should be down there, Lee. I'm all right."

"I should have postponed it," he said. "And what you did, preparing for it—"

She interrupted him, raising her thin arm, which must have seemed so heavy that at once she let it fall again. "Lee—I guess I am glad you're here—want to talk to you—and I guess it better be now."

"For me," she said with her gentle smile, "there may not be any tomorrow—not here. Your grandfather, Lee—you really don't remember him?"

"Yes. That was when your father and mother died in the aero accident and your grandfather brought you to me."

Very vaguely he could remember it. He had always understood that Anna Green had loved his grandfather, who had died that same year...