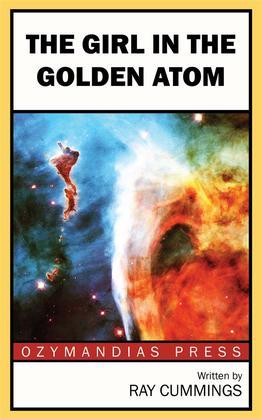 The Girl in the Golden Atom

"Then you mean to say there is no such thing as the smallest particle of matter?" asked the Doctor.

"You can put it that way if you like," the Chemist replied. "In other words, what I believe is that things can be infinitely small just as well as they can be infinitely large. Astronomers tell us of the immensity of space. I have tried to imagine space as finite. It is impossible. How can you conceive the edge of space? Something must be beyond—something or nothing, and even that would be more space, wouldn't it?"

"Gosh," said the Very Young Man, and lighted another cigarette.

The Chemist resumed, smiling a little. "Now, if it seems probable that there is no limit to the immensity of space, why should we make its smallness finite? How can you say that the atom cannot be divided? As a matter of fact, it already has been. The most powerful microscope will show you realms of smallness to which you can penetrate no other way. Multiply that power a thousand times, or ten thousand times, and who shall say what you will see?"

The Chemist paused, and looked at the intent little group around him.

He was a youngish man, with large features and horn-rimmed glasses, his rough English-cut clothes hanging loosely over his broad, spare frame. The Banker drained his glass and rang for the waiter...