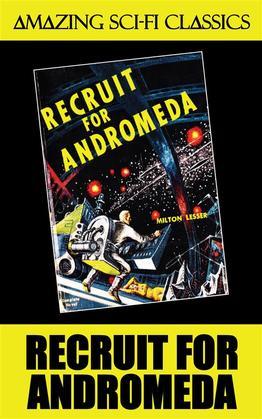 When Kit Temple was drafted for the Nowhere Journey, he figured that he'd left his home, his girl, and the Earth for good. For though those called were always promised "rotation," not a man had ever returned from that mysterious flight into the unknown.

Kit's fellow-draftee Arkalion, the young man with the strange, old-man eyes, seemed to know more than he should. So when Kit twisted the tail of fate and followed Arkalion to the ends of space and time, he found the secret behind "Nowhere" and a personal challenge upon which the entire future of Earth depended.