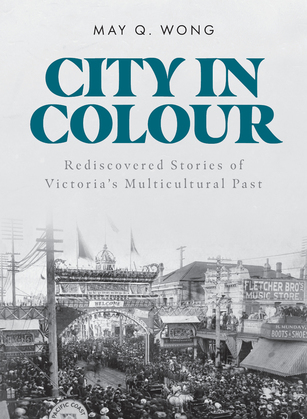 A timely, intriguing collection of the overlooked stories of Victoria?s pioneers, trailblazers, and community builders who were also diverse people of colour.

Often described as ?more English than the English,? the city of Victoria has a much more ethnically diverse background than historical record and current literature reveal. Significant contributions were made by many people of colour with fascinating stories, including:

With information about various cultural communities in early Victoria and significant dates, May Wong?s City in Colour is a collection of fascinating stories of unsung characters whose stories are at the heart of Victoria?s history.