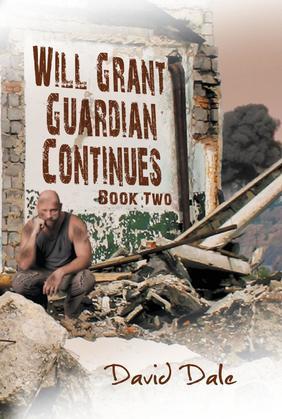 by David Dale (Author)
Buy for $9.99 Excerpt
Fiction Action & adventure
warning_amber
One or more licenses for this book have been acquired by your organisation details

Will Grant: Guardian Continues Book Two is based on one man overcoming drastic challenges. The second book in this fascinating series continues Will Grant's harrowing adventures as he evolves and grows in his role as a guardian. His daughter and grandchildren's kidnapping forces Will back to Central America to return a high-level member of a drug cartel that he earlier captured for the U.S. As a result of his family's involvement in the forced return of the drug lord, Will tells them about his new physical prowess and his challenging role as a guardian. His next challenge comes when he volunteers to work undercover in a prison to thwart a nuclear threat to New York City. First Will must gain the confidence of the suspected conspirator serving time in the prison and not give away his special abilities. In this action-packed thriller, he escapes prison with the suspected terrorist and together they deliver a component needed to make the nuclear device. Mission accomplished, Will leaves the device with the explosive experts. What else is in store for this super guardian in the upcoming fiv series?