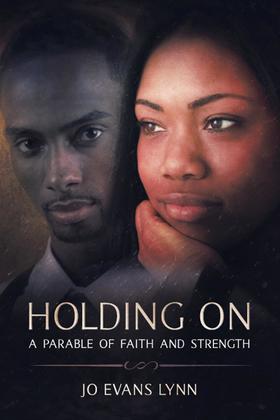 by Jo Evans Lynn (Author)
Buy for $9.99 Excerpt
warning_amber
One or more licenses for this book have been acquired by your organisation details

Set in rural South Carolina and urban North Carolina, in the novel Holding On: A Parable of Faith and Strength, we watch Sister Fullmore emerge through a very untypical childhood to become a very untypical woman. The book begins on her first day of school, where we see hints of the smart, sassy young woman she becomes. From a father who drinks his family into a life of poverty, to brothers who leave her to fend for herself, Sister's expectations for the male population are pretty low. Somehow, it seems the men in her life live "down " to those expectations. Her Grandma Hester tells her, "Pick your man, don't let a man pick you. That way you know what you're getting. " Her mother's advises, "Don't fall in love with a man just because of his looks unless he has enough money to buy you a house. " In all her sixteen years of living, Sister hasn't met one man who tempted her to forget that advice. Then she meets a fine piece of chocolate manhood named Joe Ervin Evans... A liquor house wasn't a place where a man figured on meeting the woman of his dreams, and finding a wife was the last thing on Joe's mind that night. Until he meets Sister, his smile has never failed to make a woman's heart melt. Undaunted by her seeming lack of interest in him, he sets out to convince this pretty little woman that she is going to be his.