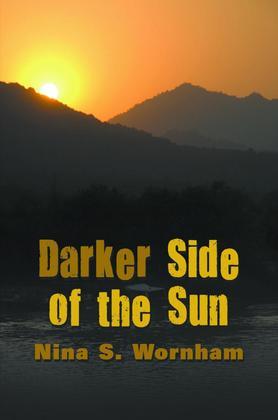 Darker Side of the Sun

Stephanie could never have imagined the nightmare that lay ahead when she agrees to leave England and move to Australia with her Australian husband. Unaware of his double life and the secret plans he has made to isolate her from her family and friends, she is duped into leaving everything she knows, thinking they are embarking on a new start together. But in Australia her husband changes into a controlling stranger before suddenly disappearing, leaving her unaware of the devious plans he has made. Staying completely invisible he begins a terrifying campaign to force her into such a desperate situation that she will sign everything they own over to him; leaving her destitute and with no way back to England. He nearly cripples her in a boating incident and tampers with her car, forcing her to drive across three lanes of peak hour traffic to avoid a collision. He even destroys her credibility in the eyes of her family. When Stephanie still refuses to give in, he recruits someone else to carry out his plans under the cover of darkness. Living in the shadows and forced to sleep in her car, Stephanie slowly begins to turn the tables. Then she comes face to face with a staggering revelation that turns her nightmare into reality.