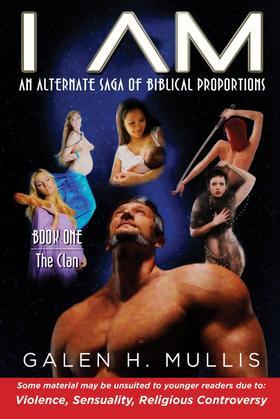 I AM, An Alternate Saga of Biblical Proportions

by Galen H. Mullis (Author)
Buy for $9.99 Excerpt
Fiction Science fiction
warning_amber
One or more licenses for this book have been acquired by your organisation details

In this first book of a trilogy, see an Earth-like planet and its population shaped by I AM (God) to perform a special task. I AM, An Alternate Saga of Biblical Proportions takes readers to a world where some very bad things happen, as a determined I AM shapes mankind into the most ruthless of warriors. Who better than Humans to wage war upon the Empire of Satan? Meet the players: Clan MacLee, who rebuilds their community after a devastating flood; the evil Order of Ra, who controls the world by shaping its leaders with drugs and debauchery; and the Sisters of the Khan, whose ancient sorority dictates all large-scale farming. The primary sport is long-boat rowing, which develops the huge powerful shoulders needed to perform I AM's task. It also ties up a large portion of the world's economy in wagering on races. The tale is an oral history being recited 4,000 years into the future. The students hearing it are Cactus Monkeys, one of the original sentient species inhabiting this planet. Be aware of this novel's violence, sensuality, and religious controversy.