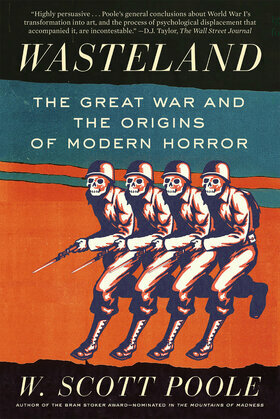 Historian W. Scott Poole traces the confluence of history, technology, and art that gave us modern horror films and literature.

The roots of modern horror are found in the First World War. It was the most devastating event to occur in the early 1900s, with 38 million dead and 17 million wounded in the most grotesque of ways, owing to the new machines brought to war. If Downton Abbey showed the ripple effect of this catastrophe above stairs, Wasteland reveals how it made its way into the darker corners of our psyche on the bloody battlefield, the screaming asylum, and desolated cities and villages.


November 11th, 2018 is the 100th anniversary of the signing of the Armistice that brought the First World War to a close, and a number of smart and well-received recent histories have helped us reevaluate this conflict. Now W. Scott Poole takes us behind the frontlines of battle to the dark places of the imagination where the legacy of the war to end all wars lives on.