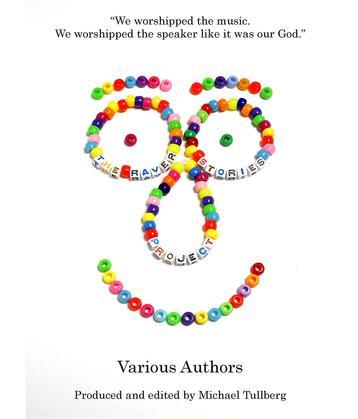 In the 1990s, an incredible revolution swept across dance floors worldwide. It was an underground revolution called the rave scene, where thousands of electronic music fans gathered at secret events across the country, and partied well into the morning to the most cutting edge beats on the planet. Many had their lives changed in often positive and profound ways, thanks in no small part to the rave scene’s warm and embracing nature. It was a social movement unlike any other, the most significant since the rise of hip-hop.

THE RAVER STORIES PROJECT is the book that reveals the rave scene as it really was and is, compiled and edited by one of the ultimate rave insiders—longtime dance music photojournalist Michael Tullberg. In late 2016, Tullberg put out a Call For Story Submissions to the global electronic music community, asking for their most memorable, exciting and even transformative experiences in the rave scene…the ones that meant the most to them. The response he got was nothing less than phenomenal.

Tullberg received stories from around the world, ranging in time from the original UK rave explosion in the late 1980s until the present day. The scope of the stories is impressively wide, including warehouse parties, desert raves, mansion parties, underground clubs, and enormous festivals. Tales came in about the over-the-top lunacy of Electric Daisy Carnival, the elite VIP room at London’s Ministry Of Sound, and the desert wastes of Burning Man.

The personal accounts of the raver authors are eye-opening, such as the stories from survivors of emotional and physical abuse who found solace in the healing arms of the rave scene. One account is from a Chicano DJ/producer who credits the rave scene from saving him from the clutches of gang life. Another tells about when a desert party gets blasted by a midnight sandstorm. Throughout the pieces, these street-level scribes produce memorable observations that put to rest the notion that raves are simply havens for drug use, such as:

Erin Brooks:  “What kept us coming back was that connection with each other, to be in a space with so much friendliness and pure joy! The community, the camaraderie, compassion, PLUR – peace, love, unity, respect; people from all different groups getting along and being nice to each other, not just not fighting, but actually being kind to one another. Those interactions sort of blew my mind.”

Juicy Jay: “…I remember rocking that event when the cops came to the door the first night. Luckily for us, this girl told them that her dad was away and the officers simply told her to keep the noise down. The party went on for two and a half days after that.”

Sabrina Dolling: “What happened inside that event forever changed the trajectory of my life. A whole new world was opened to me. For the FIRST TIME in my entire life, I felt ACCEPTANCE by my peers, by complete strangers. Everyone was smiling, hugging me and giving me high fives as I walked down the hallways. I felt love in my heart, a feeling I wasn't used to. I HAD FOUND MY PEOPLE. I had a reason to love and to give. I decided right then and there that I wanted to live. I was a raver.”

Along the way, the reader can also see the growth and development of the rave scene itself, from its underground beginnings to the mammoth festivals of today. This makes THE RAVER STORIES PROJECT a critical account of the evolution of electronic music entertainment. It is the genuine article, a true representation of a cultural and musical explosion, from the people who experienced it first-hand. The book is released under Tullberg’s 5150 Publishing imprint.