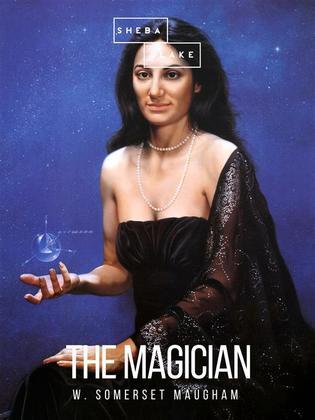 The Magician is a novel by British author W. Somerset Maugham.

In this tale, the magician Oliver Haddo, a caricature of Aleister Crowley, attempts to create life. Crowley wrote a critique of this book under the pen name Oliver Haddo, in which he accused Maugham of plagiarism. Maugham wrote The Magician in London, after he had spent some time living in Paris, where he met Aleister Crowley. The novel was later republished with a foreword by Maugham entitled A Fragment of Autobiography.

Arthur Burdon, a renowned English surgeon, is visiting Paris to see his fiancée, Margaret Dauncey. Margaret is studying art in Parisian school, along with her friend Susie Boyd. On his first evening in Paris, Burdon meets Oliver Haddo, who claims to be a magician and is an acquaintance of Burdon's mentor, the retired doctor and occult scholar Dr. Porhoët. While none of the company initially believe Haddo's claims, Haddo performs several feats of magic for them over the following days. Arthur eventually fights with Haddo, after the magician kicks Margaret's dog. In revenge, Haddo uses both his personality and his magic to seduce Margaret, despite her initial revulsion towards him.

They get married and run away from Paris, leaving merely a note to inform Arthur, Susie and Porhoët. Arthur is distraught at the abandonment and promptly returns to England to immerse himself in his work. By this time Susie has fallen in love with Arthur, although she realises that this love will never be returned, and she goes away to Italy with a friend. During her travels, Susie hears much about the new Mr. and Mrs. Haddo, including a rumour that their marriage has not been consummated. When she eventually returns to England, she meets up with Arthur and they go to a dinner party held by a mutual acquaintance. To their horror, the Haddos are at this dinner party, and Oliver takes great delight in gloating at Arthur's distress.