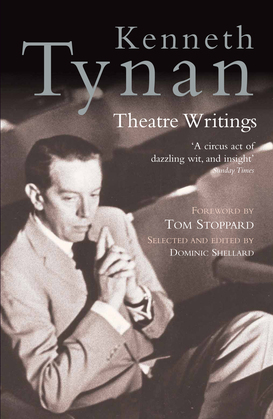 The best of Kenneth Tynan's theatre criticism, selected and edited by his biographer Dominic Shellard - with a foreword by Tom Stoppard.

This volume is an edited selection of theatre criticism by one of the most significant and influential writers on British theatre. Spanning the years 1944 to 1965, it includes all of Tynan's major theatre reviews and articles written for the Evening Standard, the Daily Sketch and the Observer.

It also includes the text of his substantial 1964 speech to the Royal Society of Arts, setting out his vision for the National Theatre.

Tynan's writings on theatre, according to eminent theatre historian Dominic Shellard, influenced the evolution of the whole of post-war theatre in Britain. And, with their characteristic mix of hyperbole, irreverence and prescience, they remain brilliantly entertaining today.

'You can open this book on almost any page and come across a phrase or a vignette which is the next best thing to having been there' Tom Stoppard, from his Foreword