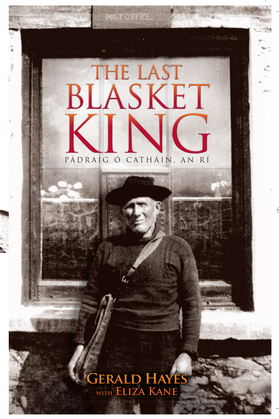 The last King of the Great Blasket Island was Pádraig Ó Catháin, known as Peats Mhicí, who served for quarter of a century until his death in 1929. The King helped the islanders navigate through life and through national as well as international events, such as the 1916 Rising and the Great War. This book tells how he came to be King of the Great Blasket Island and how his personality and integrity shaped the role. This is the first account of the King’s extraordinary life, written in collaboration with his descendants in the USA and Ireland. It tells the story of this unique man, his many contributions to the island and his extended legacy. • Also available: From the Great Blasket to America by Michael Carney and The Loneliest Boy in the World by Gearóid Cheaist Ó Catháin