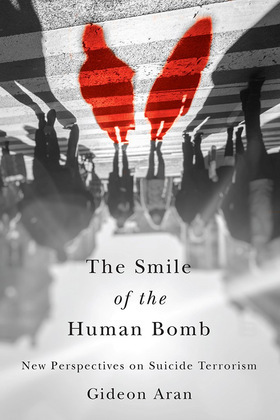 The Smile of the Human Bomb

In 2017, nearly six thousand people were killed in suicide attacks across the world.

In The Smile of the Human Bomb, Gideon Aran dissects the moral logic of the suicide terrorism that led to those deaths. The book is a firsthand examination of the bomb site at the moment of the explosion, during the first few minutes after the explosion, and in the last moments before the explosion. Aran uncovers the suicide bomber’s final preparations before embarking on the suicide mission: the border crossing, the journey toward the designated target, penetration into the site, and the behavior of both sides within it. The book sheds light on the truth of the human bomb.

Aran’s gritty and often disturbing account is built on a foundation of participant observation with squads of pious Jewish volunteers who gather the scorched fragments of the dead after terrorist attacks; newly revealed documents, including interrogation protocols; interviews with Palestinian armed resistance members and retired Israeli counterterrorism agents; observations of failed suicide terrorists in jail; and conversations with the acquaintances of human bombs.

The Smile of the Human Bomb provides new insights on the Middle East conflict, political violence, radicalism, victimhood, ritual, and death and unveils a suicide terrorism scene far different from what is conventionally pictured. In the end, Aran discovers, the suicide terrorist is an unremarkable figure, and the circumstances of his or her recruitment and operation are prosaic and often accidental. The smiling human bomb is neither larger than life nor a monster, but an actor on a human scale. And suicide terrorism is a drama in which clichés and chance events play their role.