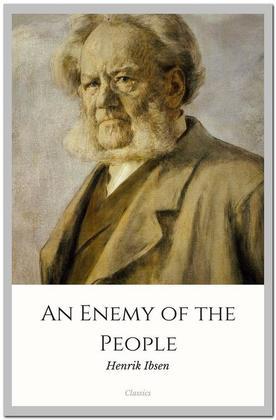 An Enemy of the People

Norwegian playwright Henrik Ibsen wrote An Enemy of the People in 1882 as a response to the public outrage over his play Ghosts. Part comedy, part serious drama, the play looks at Dr. Thomas Stockmann's struggle to uphold the truth in the face of intolerance and willful ignorance, as his entire community turns against him. Branded an "Enemy of the People," Dr. Stockmann can only take solace in the idea that "the strongest man in the world is the man who stands most alone."