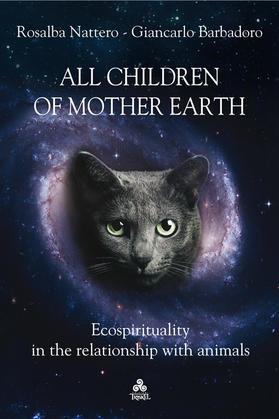 All children of Mother Earth

Ecospirituality is a natural philosophy that leads to a reassessment of the relationship the individual person has with the environment, where all living creatures, as well as the planet itself, acquire a value and dignity equivalent to that of humans. The individual is therefore not seen as an unchallenged dominator of the world he inhabits, but lives in brotherhood with all manifestations of life and with the planet itself, in a shared planetary experience which forms part of an ecosystem orbiting in space.

Rosalba Nattero is a journalist, musician, writer and TV and radio presenter. She is the founder of the animal rights association, SOS Gaia, and devotes her numerous activities to the defence of the rights of animals and the achievement of an equal role for them in the human community. She also campaigns actively against prejudice on the grounds of species and dreams of a world where both human and non-human animals can walk side by side towards a better future.

Giancarlo Barbadoro is a journalist, writer and musician. He is a UNO delegate and represents six indigenous organisations. He was joined by Natives from all the continents in founding Ecospirituality Foundation Onlus, which is a non profit making organisation in consultative status with the UNO and works towards spreading the philosophy of ecospirituality, a revolutionary new way of addressing the issue of animals.