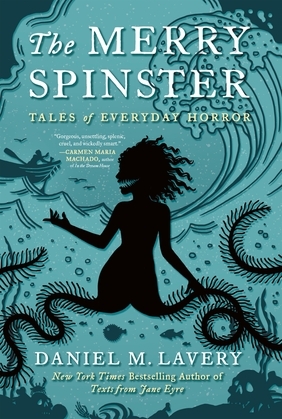 From Mallory Ortberg comes a collection of darkly mischievous stories based on classic fairy tales. Adapted from the beloved "Children's Stories Made Horrific" series, "The Merry Spinster" takes up the trademark wit that endeared Ortberg to readers of both The Toast and the best-selling debut Texts From Jane Eyre. The feature has become among the most popular on the site, with each entry bringing in tens of thousands of views, as the stories proved a perfect vehicle for Ortberg's eye for deconstruction and destabilization. Sinister and inviting, familiar and alien all at the same time, The Merry Spinster updates traditional children's stories and fairy tales with elements of psychological horror, emotional clarity, and a keen sense of feminist mischief.

Readers of The Toast will instantly recognize Ortberg's boisterous good humor and uber-nerd swagger: those new to Ortberg's oeuvre will delight in this collection's unique spin on fiction, where something a bit mischievous and unsettling is always at work just beneath the surface.

Unfalteringly faithful to its beloved source material, The Merry Spinster also illuminates the unsuspected, and frequently, alarming emotional complexities at play in the stories we tell ourselves, and each other, as we tuck ourselves in for the night.

Bed time will never be the same.