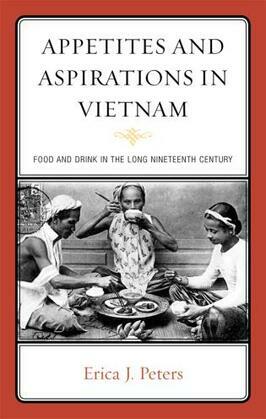 Appetites and Aspirations in Vietnam

In Vietnam during the long nineteenth century from the Tây Son rebellion to the 1920s, individuals negotiated changing interpretations of their culinary choices by their families, neighbors, and governments. What people ate reflected not just who they were, but also who they wanted to be. Appetites and Aspirations in Vietnam starts with the spread of Vietnamese imperial control from south to north, marking the earliest efforts to create a common Vietnamese culture, as well as resistance to that cultural and culinary imperialism. Once the French conquered the country, new opportunities for culinary experimentation became possible, although such experiences were embraced more by the colonized than the colonizers. This book discusses how colonialism changed the taste of Vietnamese fish sauce and rice liquor and shows that state intervention made those products into tangible icons of a unified Vietnamese cuisine, under attack by the French. Vietnamese villagers began to see the power they could bring to bear on the state by mobilizing around such controversies in everyday life. The rising new urban classes at the turn of the twentieth century also discovered new perspectives on food and drink, delighting in unfamiliar snacks or giving elaborate multicultural banquets as a form of conspicuous consumption. New tastes prompted people to reconsider their preferences and their position in the changing modern world. For students of Vietnamese history, food here provides a lens into how people of different class and ethnic backgrounds struggled to adapt first to Vietnamese and then French imperialism. Food historians will find a provocative case study arguing that food does not simply reveal identity but can also help scholars analyze people's changing ambitions.