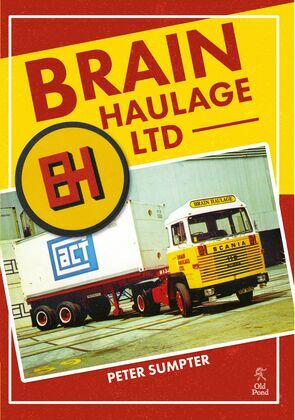 Brain Haulage was formed by Charles Edward Brain in 1950 and played a major role in the container revolution in the UK, completely changing the way goods were transported over the world. Peter Sumpter was a driver with Brain Haulage until it closed in 1992 and is an unofficial archivist of the brand, having taken hundreds of photographs and chronicling his adventures in a diary for over 20 years. Brain Haulage Ltd tells the history of Brain and the container revolution as well as the story of Charles Brain; from his early years working for the L.M.S. Railway at Camden Town, to his time in the R.A.F. during the second world war, to eventually starting his own haulage company. The rest of the story is from Peter's own diary and the many ex-drivers and Brains staff he worked with over the years. Including over 300 previously unpublished photographs Brain Haulage Ltd is a unique book, ideal for anyone interested in containers and their revolution, as well as road transport and haulage trade enthusiasts.