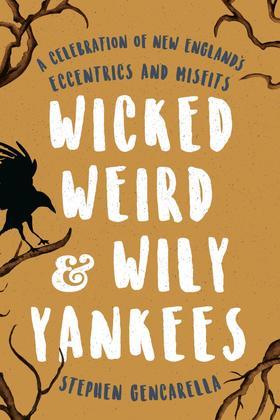 New England has been a lot of things—an economic hub, a cultural center, a sports mecca—but it is also home to many of the strangest individuals in America. Wicked Weird & Wily Yankees explores and celebrates the eccentric personalities who have left their mark in a way no other book has before. Some folks are known, others not so much, but the motley cast of characters that emerges from these pages represents a fascinating cross-section of New England’s most peculiar denizens. Look inside to find:

Stretching back to the colonial era and covering the development and evolution of New England society through the beginning of the twenty-first century, this book captures the rebel spirit, prickly demeanors, and wily attitudes that have made the region the hotbed for oddity it is today.