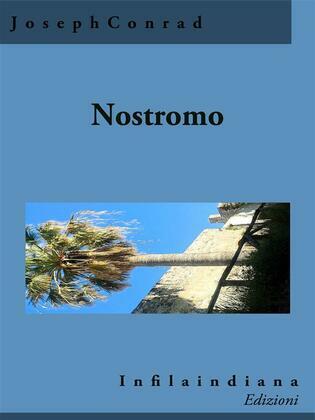 Nostromo – A Tale of the Seaboard is a novel, originally published serially for T.P.’s Weekly in1904, set in Costaguana, an imaginary country of South America that in its description recalls Colombia. Two characters dominate the plot: Mrs. Gould, who owns a silver-minig concession near the city of Sulaco, and the anti-hero Nostromo, an Italian expatriate. After Lord Jim and Heart of Darkness this novel marks the end of the first part of Conrad’s literary production.

This ebook contains the Author’s Note at the first edition in which Conrad explains the origins of this novel.

Joseph Conrad (Berdychiv, December 3, 1857 – Bishopsbourne, August 3, 1924) was a polish writer naturalized british. He is considered one of the most important modern writers in the english language.