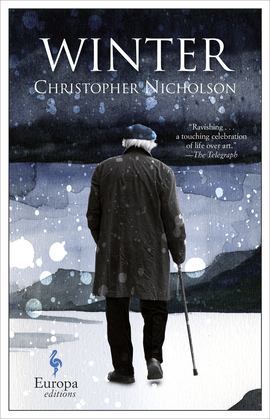 A November morning in the 1920s finds an elderly man in his eighties walking the grounds of his Dorchester home, pondering his past and future with deep despondence. That man is the revered novelist and poet Thomas Hardy, and Christopher Nicholson's fictionalized account of the final years of the accomplished writer's life is as engrossing as it is heartbreaking.

The novel focuses on the true events that occurred around the London theater dramatization of Hardy's acclaimed novel Tess of the D'Urbervilles, including Hardy's hand-picked casting of the young, alluring Gertrude "Gertie" Bugler of The Hardy Players to play Tess. As plans for the play become more concrete, Hardy's interest in Gertie becomes a voyeuristic infatuation, causing him to write some of the best poems of his career. However, when Hardy's reclusive wife, Florence, catches wind of Hardy's desire for Gertie to take the London stage, a tangled web of jealously and missed opportunity ensnares all three characters-with devastating results.

Told from the perspectives of Hardy, Gertie, and Florence, Nicholson's novel perfectly captures the often-difficult juxtaposition of fledgling hopes and the unfulfilled life. With expert insight into the struggles of both Hardy and Florence, coupled with poetic yet unassuming prose, Winter is certainly on par with the novels of its central character.


From the Trade Paperback edition.