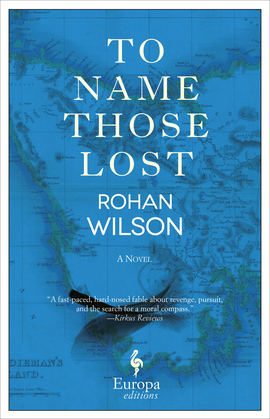 To Name Those Lost

A powerful, suspenseful tale about a father and son in search of one another, this prize-winning novel based on real-life events is a classic western story of vengeance and redemption set against the sweeping, merciless grandeur of the Australian frontier.

It is the summer of 1874. Launceston, a colonial outpost on the southern Australian island of Tasmania, hovers on the brink of anarchy, teeming with revolutionaries, convicts, drunks, crooked cops, and poor strugglers looking for a break. Outlaw Thomas Toosey races to this dangerous bedlam to find his motherless twelve-year-old son before the city swallows the child whole, but he is pursued by more than just the law. Hindering his progress at every turn is a man to whom he owes a terrible debt: the vengeful Irishman Fitheal Finn, whose hooded companion hides a grotesque secret.

Brilliantly told in galloping, lyrical prose and infused with gothic tones reminiscent of Cormac McCarthy, Daniel Woodrell, and William Faulkner, To Name Those Lost is a gripping story of fatherly devotion and of one man’s search for moral bearings in a lawless society.