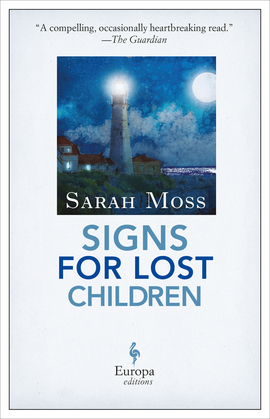 Shortlisted for the Wellcome Prize for Historical Fiction

Award-winning author Sarah Moss's most recent work of historical fiction is a portrait of a young couple's unconventional marriage as it's tested by separate quests for identity in work and life. Set in the Victorian Age, Signs for Lost Children grapples with central themes of early feminism, mental health reform, and marriage as an imposed institution.

Ally Moberly, a recently qualified doctor, never expected to marry until she met Tom Cavendish. Only weeks into their marriage, Tom sets out for Japan, leaving Ally as she begins work at the Truro Asylum in Cornwall. Horrified by the brutal attitudes of male doctors and nurses toward their female patients, Ally plunges into the institutional politics of women's mental health at a time when madness is only just being imagined as treatable. She has to contend with a longstanding tradition of permanently institutionalizing women who are deemed difficult, all the while fighting to to be taken seriously as a rare woman in a profession dominated by men. Tom, an architect, has been employed to oversee the building of Japanese lighthouses. He also has a commission from a wealthy collector to bring back embroideries and woodwork. As he travels Japan in search of these enchanting objects, he begins to question the value of the life he left in England. As Ally becomes increasingly absorbed in the moral importance of her work, and Tom pursues his intellectual interests on the other side of the world, they will return to each other as different people.

With her artful blend of emotional insight and narrative skill, Sarah Moss creates an entrancing novel sure to draw critical acclaim. From the blustery coast of Western England to the towns and cities of Japan, she constructs distinct but conjoined portraits of two remarkable people in a swiftly changing world.