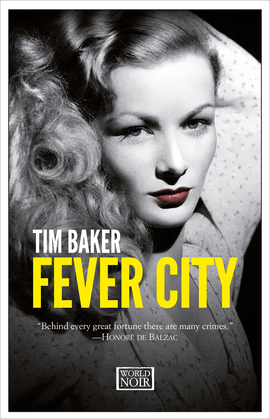 If you took James Ellroy at his most imaginative and Oliver Stone at his most conspiratorial, and mixed them up in a supersized martini shaker, you would produce the vivid writing, explosive events, and irresistible entertainment of Fever City.

The story kicks off in 1960 Los Angeles, with the daring kidnapping of the child of one of America's richest men. It then darts back and forth between a private detective's urgent search for the child, the saga of a notorious hit man in the days leading to JFK's assassination, and the modern-day story of a skeptical journalist researching the still-active conspiracy theories of the 50s and 60s, with the aim of debunking them. Just as the detective discovers that the kidnapping is a crime much larger than he imagined, and the hit man finds himself caught in a web that is astonishingly complex, the journalist discovers-to his horror, dismay, and even his jeopardy-that the conspiracy theories might well be true.