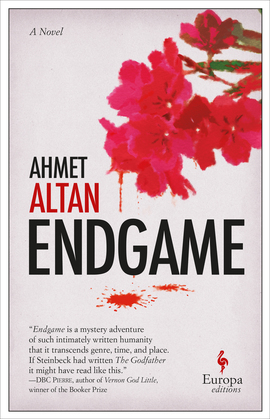 Named one of Washington Post’s 50 Notable Books of 2017

Despite widespread political censorship and crackdowns by the Erdoğan regime, Ahmet Altan bravely crafts a novel about the ways in which corruption envelops contemporary Turkish life. Endgame is an atmospheric and enigmatic literary noir, in which an unnamed writer visits a small town and finds himself involved in a mystery with existentialist implications.

A womanizing writer who has lived his entire life in the city retires to a sunbaked Turkish village. Instead of the quiet life he hoped for, he encounters a world of suspicion, paranoia, and violence. The town's mayor is both his only real ally and his greatest nemesis; his lover shares an ambiguous past with the mayor; the town seems hell-bent on turning him into a murderer; and, he is initiated into the town's biggest secret only to discover this knowledge will become a weapon used against him.

The protagonist of this bestselling existential page-turner is an appealingly untrustworthy narrator whose story transports the reader into a world of lust, ambition, small-town politics, and death. A detective story turned on its head, Endgame is compellingly infused with a dreamlike logic reminiscent of Paul Auster and Graham Greene.