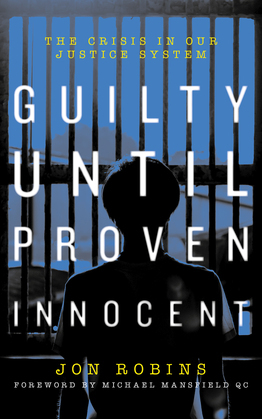 Whenever a miscarriage of justice case hits the headlines, it is tempting to dismiss it as a shocking aberration. A mistake in a system that otherwise functions in a perfectly satisfactory fashion.

This important book shows how the lack of an effective watchdog, failures in policing, poor legal defence in the wake of the legal aid pay freeze, an over-reliance on expert evidence and reluctance in the media to cover miscarriage cases has led to a growing crisis in the criminal justice system.

If you think there’s a safety net, think again.

In 2017, the Criminal Cases Review Commission, the watchdog established to oversee and prevent miscarriages of justice, celebrated its twentieth anniversary. The release of the Birmingham Six in 1991 set in train a series of events: a Royal Commission was launched which ultimately led to major structural reform of the justice system and the creation of an independent body to investigate alleged miscarriages of justice.

It didn’t fix the problem.

Journalist and campaigner Jon Robins explodes the complacency that exists around our criminal justice system by examining a series of shocking cases where there are serious concerns about the safety of each conviction.