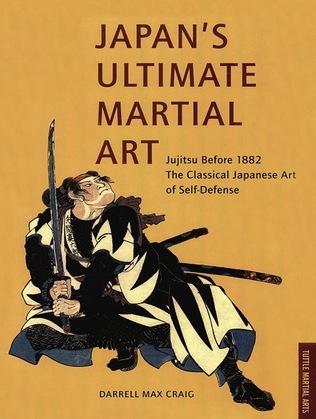 An Insider Looks at the Japanese Martial Arts and Surviving in the Land of Bushido and Zen
by Craig,Darrell Max (Author)
Buy for $18.99 Excerpt
Nonfiction Nature, recreation and sports Sports & recreation Martial arts & self-defense
warning_amber
One or more licenses for this book have been acquired by your organisation details
With extensive, step-by-step photographs and instructions, this jiu-jitsu guide is an effective tool for mastering this ancient martial art.

The original Japanese martial art developed by the elite samurai class during Japan's feudal era, Jiu-jitsu is the forerunner of Judo and the precursor of today's ultimate fighting styles, such as mixed martial arts (MMA). For centuries, this method of unarmed self-defense proved so successful in combat that it was kept secret and taught only to a select few.

Based on the author's study with instructors at the Tokyo police academy, this book presents all the traditional techniques of Jujitsu, also known as Jiu-jitsu. These techniques teach you valuable restraining methods that force your opponent to submit without abuse by using pressure points. It shows you tips for search and seizure, and the almost extinct art of Hojojutsu--how to tie people up without using any knots.