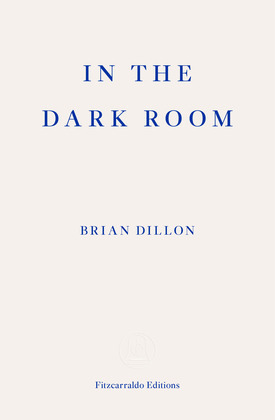 In the Dark Room

Boldly combining the highly personal with the brilliantly scholarly, In the Dark Room explores the question of how memory works emotionally and culturally. It is narrated through the prism of the author’s experience of losing both his parents, his mother when he was sixteen, his father when he was on the cusp of adulthood and of trying, after a breakdown some years later, to piece things together. Drawing on the lessons of centuries of literature, philosophy and visual art, Dillon interprets the relics of his parents and of his childhood in a singularly original and arresting piece of writing reissued for the first time since its original publication in 2005, and including a new foreword from prize-winning biographer Frances Wilson.

‘In the Dark Room is a wonderfully controlled yet passionate meditation on memory and the things of the past, those that are lost and those, fewer, that remain: on what, in a late work, Beckett beautifully reduced to “time and grief and self, so-called”. Retracing his steps through his own life and the lives of the family in the midst of which he grew up, Brian Dillon takes for guides some of the great connoisseurs of melancholy, from St Augustine to W. G. Sebald, by way of Sir Thomas Browne and Marcel Proust and Walter Benjamin. The result is a deeply moving testament, free of sentimentality and evasion, to life's intricacies and the pleasures and the inevitable pains they entail. In defiance of so much that is ephemeral, this is a book that will live.’
— John Banville, winner of the Booker Prize for The Sea in 2005.