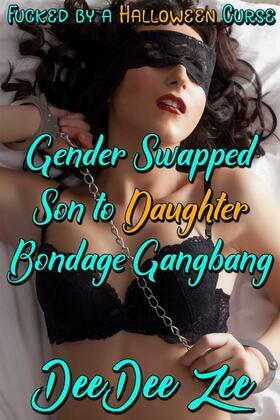 He doesn’t need a costume this Halloween because his pissed off girlfriend turned him into a girl. Now he’s strapped to a bed, gagged, and awaiting the return of his brothers and father. They won’t recognize him now that he’s a girl. They’ll just think he’s some chick bound to the bed for them to screw.