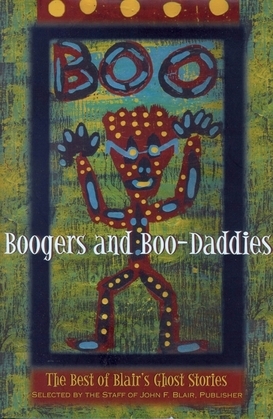 Over its fifty-year existence, John F. Blair, Publisher, has become known for its Southern folklore—its tales of ghosts, goblins, ghouls, spirits, witches, devils, phantoms, haints, boogers, boo-daddies, plat-eyes, demons, apparitions, Doppelgangers, banshees, disappearing hitchhikers, pirate legends, ghost dogs, dog ghosts, dogs who see ghosts . . .In recognition of its golden anniversary, the company offers this volume of twenty stories culled from its folklore collections. You’ll likely be impressed at the timeless quality of the tales, some of which have never been out of print since they first appeared in the 1960s. And you may be surprised to learn of their broad appeal, the collections having sold a total of over six hundred thousand copies. Some of these tales are now being enjoyed by their third generation of readers. If you don’t know what a coffin baby is, read “Milk and Candy” by Randy Russell and Janet Barnett. If you’d like to meet a real-life pirate who’d make a better Hollywood character than any swashbuckler yet seen on celluloid, you’ll enjoy “Stede Bonnet” by Nancy Roberts. If there’s a place in your heart for a pair of lifesaving little dogs who’ve scampered on the same South Carolina beach for over a hundred years, try “Pawleys Island Terriers” by Elizabeth Robertson Huntsinger. If you prefer folklore with a historical touch, you can learn about Theodosia Burr Alston in Charles Harry Whedbee’s “Lady in Distress” and about Francis Marion in Daniel W. Barefoot’s “Ghostly Legacy of the Swamp Fox.” The folklorists included here claim stomping grounds from the high peaks and mountain hollows to the flatlands to the swamps to the barrier islands to the briny deep. What they share is a love of their subject and the ability to bring it to life on the page.