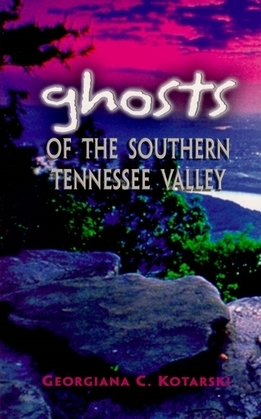 Ghosts of the Southern Tennessee Valley

It is hardly surprising that the southern Tennessee River Valley is thick with ghosts. Beneath its green hills lies the headless skeleton of John A. Murrell, “the Great Western Land Pirate,” whose name is still feared more than a century and a half after his death. The battles at Chickamauga and Chattanooga were among the bloodiest of the Civil War. Even now, troubled spirits wander the former killing fields and hospital sites. The southern Tennessee Valley encompasses southeast Tennessee, northwest Georgia, and north Alabama. The thirty true ghost stories in this collection will introduce you to: Captain Mary Greene of the Delta Queen, whose shade still oversees her grand riverboat as it paddles the broad Tennessee; The buried leg and the ghostly rocker of General John Bell Hood at Tunnel Hill, Georgia; The rock band driven from its Lookout Mountain, Tennessee, house by Civil War drums; The Moody Brick in Kyles, Alabama, risen twice from the ashes and as haunted as ever; Little Nina Craigmiles of Cleveland, Tennessee, a delicate child whose tears stain the white marble red in the churchyard where she rests. Readers of Ghosts of the Southern Tennessee Valley will agree that this rich, well-documented collection is long overdue.