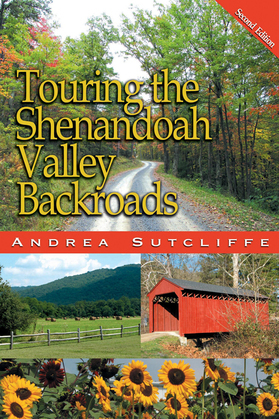 Shenandoah—most often translated as "Daughter of the Stars"—is one of the loveliest names in the language. Backroads travelers will find that it fits the Valley perfectly. Most people know the Shenandoah Valley for its Civil War–era history, from Robert E. Lee's capture of John Brown at Harpers Ferry in 1859 to Stonewall Jackson's Valley Campaign of 1862 to the Battle of New Market in 1864. Fewer know that the Winchester area was home to George Washington, explorer Richard Byrd, novelist Willa Cather, and singer Patsy Cline. Or that Thomas Jefferson owned the geologic wonder known as Natural Bridge. Or that the McCormick Farm near Steeles Tavern was the site of a revolutionary breakthrough in agriculture in the early 1800s. The word Shenandoah may have had as many spellings as there are stars in the sky, but the area’s scenic vistas are practically endless. Travelers will know they've reached the Valley when every turn in the road reveals another photoworthy image of stunning mountain views, scenic rolling fields, or quaint country towns and villages. From the picturesque Goshen Pass, to the winding country roads between Lexington and Staunton, to the Mennonite farms around Harrisonburg, to the dramatic river confluence at Harpers Ferry, the Shenandoah Valley has been attracting visitors and inspiring artists, photographers, and writers for more than 200 years. The thirteen tours in this book explore areas of unspoiled countryside and Appalachian landscapes within easy range of metropolitan centers like Washington, D.C., Baltimore, Philadelphia, Richmond, and Norfolk.