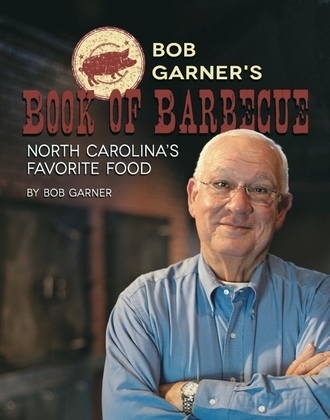 In 1994, Bob Garner began doing short features about barbecue for UNC-TV’s statewide public-television magazine program, North Carolina Now. In 1996, he published North Carolina Barbecue: Flavored by Time, taking readers on a delectable journey across the state in search of the best examples of this distinctive North Carolina delicacy. After Garner produced a one-hour television special based on his book, he quickly became known throughout North Carolina as “the barbecue man.” In 2002, he published Bob Garner’s Guide to North Carolina Barbecue, which describes the 100 best barbecue restaurants from the mountains to the sea. Garner’s Book of Barbecue: North Carolina’s Favorite Food preserves the heritage and tradition of a disappearing rural lifestyle while showing how barbecue continues to evolve. Packed full of recipes for barbecue and popular side dishes (above and beyond the traditional hush puppies, slaw, and ’nana pudding); sidebars with useful tips, barbecue-related news, and features; and profiles of past and present influential pit masters and barbecue aficionados, this tome is the definitive guide to anything and everything pertaining to North Carolina’s favorite food.