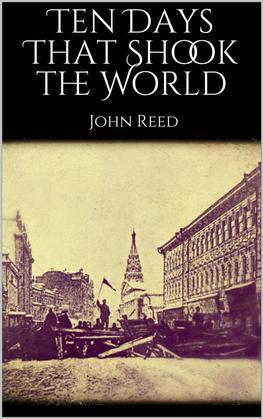 Ten Days That Shook the World

Toward the end of September, 1917, an alien Professor of Sociology visiting Russia came to see me in Petrograd. He had been informed by business men and intellectuals that the Revolution was slowing down. The Professor wrote an article about it, and then travelled around the country, visiting factory towns and peasant communities—where, to his astonishment, the Revolution seemed to be speeding up. Among the wage-earners and the land-working people it was common to hear talk of “all land to the peasants, all factories to the workers.” If the Professor had visited the front, he would have heard the whole Army talking Peace…. The Professor was puzzled, but he need not have been; both observations were correct. The property-owning classes were becoming more conservative, the masses of the people more radical. There was a feeling among business men and the intelligentzia generally that the Revolution had gone quite far enough, and lasted too long; that things should settle down. This sentiment was shared by the dominant “moderate” Socialist groups, the oborontsi Mensheviki and Socialist Revolutionaries, who supported the Provisional Government of Kerensky. On October 14th the official organ of the “moderate” Socialists said: The drama of Revolution has two acts; the destruction of the old régime and the creation of the new one. The first act has lasted long enough. Now it is time to go on to the second, and to play it as rapidly as possible. As a great revolutionist put it, “Let us hasten, friends, to terminate the Revolution. He who makes it last too long will not gather the fruits….”