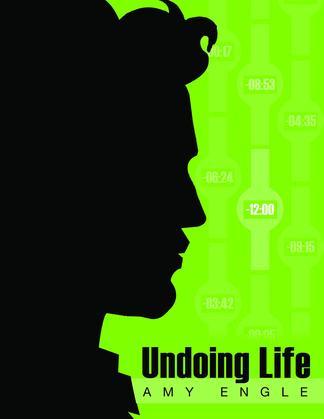 Sal Chancellor is just an ordinary man who is stuck in dead-end job and is unable to keep a girlfriend--that is until he finds a discarded watch that lets him travel backwards in his time line. Armed with his new gadget, he goes about changing his life for the better.

But little does Sal know that he's being experimented on by people four-hundred years in the future. Tragedy has struck all that have played with time. The scientists are no longer trusted with the greatest treasure in the world. Militants take over in order to ensure lives aren't lost in future tests. There's no room for failure anymore. It's possible that Sal Chancellor might help them better understand how the time-travelling technology affects everyone in the past, present, and future.

All involved with the Device have reasons for wanting their project to succeed—or fail. Colonel Arbeck's mysterious past has intrigued her squabbling subordinates. If Major Denville and Dr. Galisten would put their differences aside, they just might discover the colonel's ultierior motives for overseeing the time-travel research.

However, it seems as though other forces are at work. Although Arbeck, her team, and the surveilance crew are the only ones approved by Congress for this task, the colonel can't help but feel tense as a former colleague attempts to horde in on her experiment. Is Old 'Ger interfering out of geniune concern, or is he conniving to steal her glory?