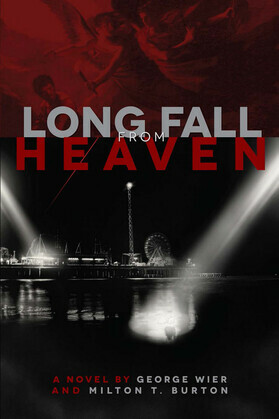 "With an almost encyclopedic knowledge of the historic underbelly of Galveston and a ringing feel for dialogue, Long Fall From Heaven carries us along on a sordid yet seamless narrative of murderous mayhem." —Craig Johnson, author of the Walt Longmire Mysteries

Cueball Boland and Micah Lanscomb—both ex-cops with troubled pasts—stumble into the path of a serial killer. The murderer leads them into the dark history of Galveston when the city was Texas’ Sin City. The killer has roots sunk deep into that history, but the FBI and the old Galveston families don’t want Cueball and Micah to solve the crimes. Listen closely. There’s an echo of another serial killer who stalked the city back during World War II.

George Wier writes like he talks: Texan. In the 1990s he befriended the older novelist Milton T. Burton and the two became close friends. In 1998, Burton, worried about his health, told Wier this story and asked him to be his collaborator and principal writer. The two friends talked back and forth, and Wier wrote the novel. Meanwhile, impatient with the publishing industry, George Wier has very successfully e-published his Bill Travis Mystery Series. He plays classical violin and country fiddle, dabbles in art and photography, and is a born promoter of all that he does. This is his first trade-published novel. He lives in Austin, Texas with his wife Sallie.

Milton T. Burton (1947-2011) authored four crime novels published by Minotaur/Thomas Dunne. Like Wier, Burton was a lifelong Texan who breathed the Texas lingo. Burton had been variously a cattleman, a political consultant, and a college history teacher. A cantankerous but generous man, he liked writing and he liked talking to his friends, especially George Wier. He died in December 2011.